Lavashak (Persian fruit leather,لواشک ) is a traditional Persian snack. Maybe it is the oldest snack, Iranians have used. In the past, they mostly made it at home. Nowadays, there are plenty of Industrial types available with different flavors. It has originated in old Iran, and therefore, it is popular in most Persian countries such as Afghanistan and Tajikistan. Lavashak is the same snack that Arabs call “Ghamarelddin.” It seems like; it had named after Lavash bread since it has a similar flat appearance. It is mostly made with summertime sour fruits such as plums, sour berries, and sometimes sweet ones such as apricots. Lavashak

is the dried extract of fruits which industries call fruit concentrate these days.

It is a typical scene in Iran to see country people selling Lavashak while road tripping. Flat thin layers of mashed fruits stuck to nylons attached to a stand dancing in the wind! Homemade traditional Lavashak is a thin layer of flat fruits. However, these days industries make different shapes of it.

According to the fruit you use, you can have different kinds of Lavashak. Most famous Lavashaks are the ones that they make out of hot weather fruits such as plums and apricots. However, there are other types made with cold-weather fruits such as kiwi and pomegranate and are delicious as well. It is also typical to mix some of these fruits and make a mixed Lavashak.

Lavashak’s calorie can vary depending on the fruit type and the ingredients you add. Some people may add sugar to moderate sourness. On the other hand, some may add pomegranate paste to add to the sour taste! However, Lavashak has low calories and is a favorite snack for many people. 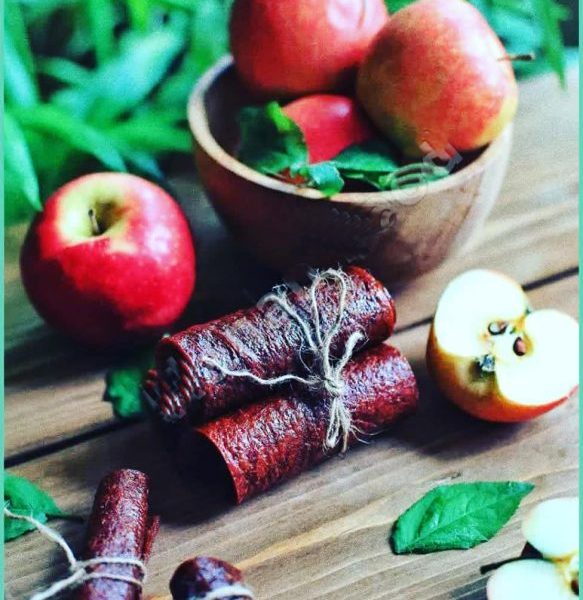 Lavashak is a portion of entirely vegetarian food. It is made out of fruit, and even the ingredients that sometimes is added are vegetarian, too. So, if you are a vegetarian or a vegan, you can enjoy it with confidence.

Lavashak or Persian fruit leather is a snack. Indeed, it is not something to serve as a dish. It is something you take with yourself on a picnic, or you eat while watching a movie. It is a thin flat layer of mashed fruit. But nowadays, they shape it in rolls, circles, and other forms. There are even some scarce shops where make Lvashak cake or cupcake! 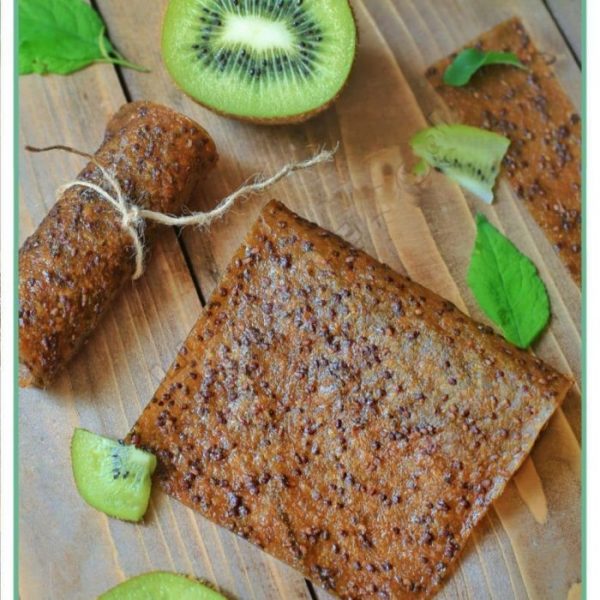 What are the ingredients of Lavashak?

The ingredients are fruits, only fruits. You need to process them in a unique method and dry them to make Lavashak. If you have extra fruits, you can make Lvashak to avoid waste and to have an excellent snack. You may need some auxiliary ingredients such as water and salt. Not only the summer fruits but also winter fruits such as pomegranate can make a great Lvashak.

To make Lavashak, you should wash the fruits and take out the stones and seeds. For smaller fruits, you can skip this level, since the stones are separated during the preparation process. You can use any fruit you like. However, Iranians mostly use greengage, plums, and apricots.

The preparation time is about 40 minutes, and the drying time is about 12-48 hours. You need a piece of flat equipment like a tray to shape it. You may also need some parts of nylon. 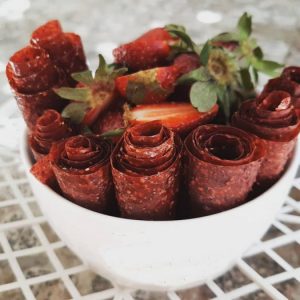