Faloodeh (فالوده) is a kind of sweet, crunchy, and tart noodle sorbet that is one of the oldest frozen dissert in Iran. It is one of the most delicious desserts, unlike anything else with thin vermicelli noodles that are served with frozen sugar syrup infused with rose water and other fruit juice. Faloodeh’s history dates back to 400 BC. The ancient made snow cone and poured some grape juice on it and make themselves cool off with that dissert. Many years later, they made some changes in snow cone dissert and created Faloodeh. Its place of origin is Shiraz, and it is famous as Shirazi Faloodeh. Of course, it is well-known in all over Iran’s cities that have humid and dry weather such as Tabriz, especially in summer days.

In a hot and dry climate such as Shiraz, a cold sweet dissert is essential surly. For keeping the frozen dessert such as Faloodeh, Bastani (Ice cream), and other kinds of sorbet cold, Iranian engineers have invented a type of large, domed icehouse and named it “Yakhchal” to keep thing cold and prevent them melting.

There is another dessert that its pronunciation is very similar to Faloodeh. It is Pallodeh that is a milk-shake-like cousin, and it is widespread throughout South Asia. But some people know it as a second pronunciation for Faloodeh. People created it when Mughal’s empire brought Faloodeh with themselves to India in the 16th century. So stop to confuse it with Faloodeh.

It is so prevalent in Iran that you can find it in every coffee shop and ice cream parlors. Out of Iran, you can also find Faloodeh in Iranian diaspora restaurants and grocery stores. If you taste it one time, you will never forget its unusual texture, sweet flavor, and cooling properties and it will be one of your instant favorites for hot, dry days of summer.

As it is trendy, and you can find it in every city so that it will have different recipes. But all of them will quid to a similar dissert with various taste according to their ingredients. Some people like it with the feeling of Saffron but some others like the vanilla taste. Some like to have it with berries or cherries syrup, some other like grape syrup or lime juice. And some people like fresh mint or crush pistachios on top but others like it simple. 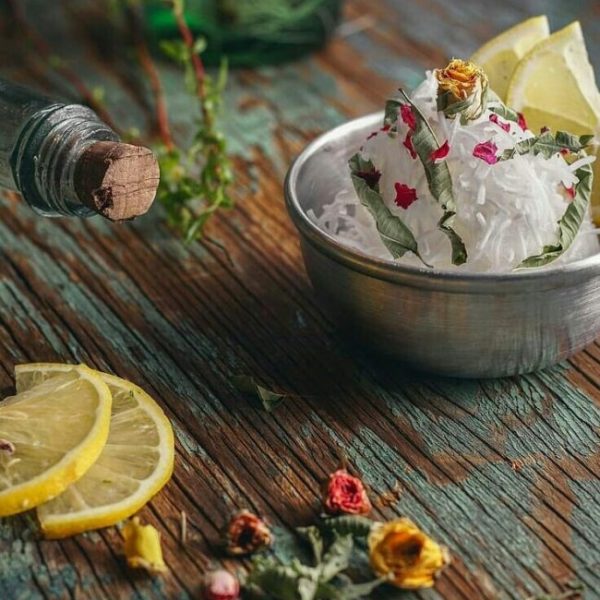 Faloodeh recipe is available and suitable for vegetarians. But if a vegan wants to taste it, they should remove the ice-cream from combinations because of some ingredients such as egg and ghee in ice-cream.

We usually serve Faloodeh alongside Persian-style dairy-based ice-cream as we top and flavor it with pistachios, honey, lime or lemon juice, sweet cherry syrup, or even berries syrup, and fresh mint. We can also dye it with Saffron that is an exotic spice and makes a subtle yellow color and undetectable floral flavor.

If you want to make a big hit in the birthday parties or a romantic meal for your family, serve it in a glass container or glass with a base so that the contents of them are visible when the noodles are seared in a mixture of ice-cream and syrup. 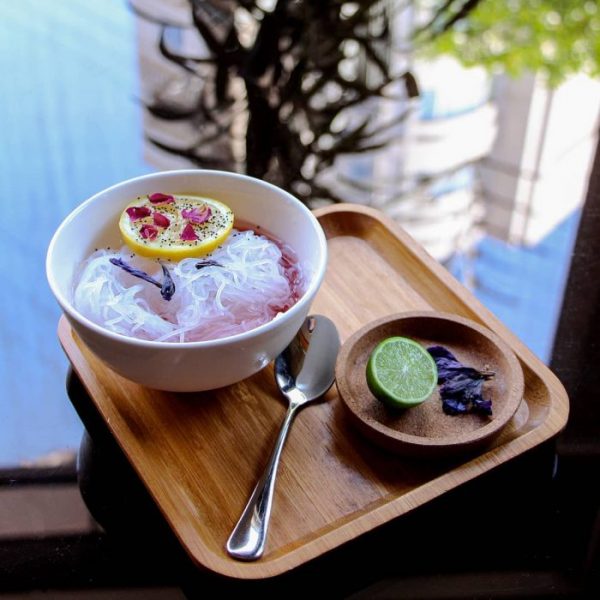 Faloodeh’s recipe is an easy but consuming time one. The ingredients that you will need are rice vermicelli noodles, sugar, lime juice, rose water, sour cherry syrup, pistachios, water, and dairy-based ice-cream. For making a beautiful golden yellow, you can add some saffron to the recipe.

At first step, you should prepare the noodles that it involves soaking the noodles in boiling water for 5 minutes, draining them, and refrigerating them to chill. Meanwhile, you need to make the Faloodeh’s syrup. So you should pour some water in a saucepan and add sugar. Then you should put it on a low heat and stir it until sugar dissolves thoroughly. After dissolving sugar, you need to set aside the saucepan and let it cools down. After cooling the sugar mixture, you should add Saffron, rose water, lime juice to it, and stir until you have a smooth mixture. Now you have to pour the mixture into an ice cube tray and put it in the freezer for at least two hours. You should let them chill until frozen.

After two hours bring the ice cube out of the freezer and pour them into the blender and crush them but be careful that don’t allow them to melt. It is time to combine the vermicelli and crushed ice. After blending, you should return it to the freezer for another fifteen minutes. Now you can divide it four parts and pour to serving glass containers. Finely you can top and dress them with sour cherry syrup and crushed pistachios immediately before it starts to melt. After place the ice-cream beside it, you can serve your dessert.

This recipe is adequate for four people. The preparation time of Faloodeh is 10-15 minutes. Its cooking time is 10 minutes. Also, it needs freezing time that is 120 minutes. 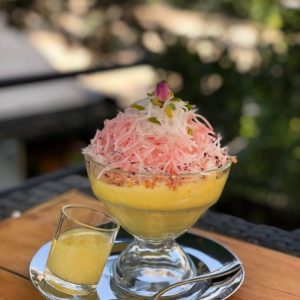 To make homemade Faloodeh, after cooking the noodles, put them in the refrigerator to chill. Meanwhile, make its syrup. After dissolving sugar in the water and cooling it down, you can add other ingredients and freeze them for two hours. After that, you should crush the ices and mix them with vermicelli. After topping it with pistachios and sour cherry syrup, you should place the ice-cream beside it. It is ready to serve
No ratings yet
Print Pin Rate
Course: Dessert
Cuisine: Persian
Keyword: Faloodeh
Prep Time: 15 minutes
Cook Time: 10 minutes
Servings: 4 people
Calories: 227kcal